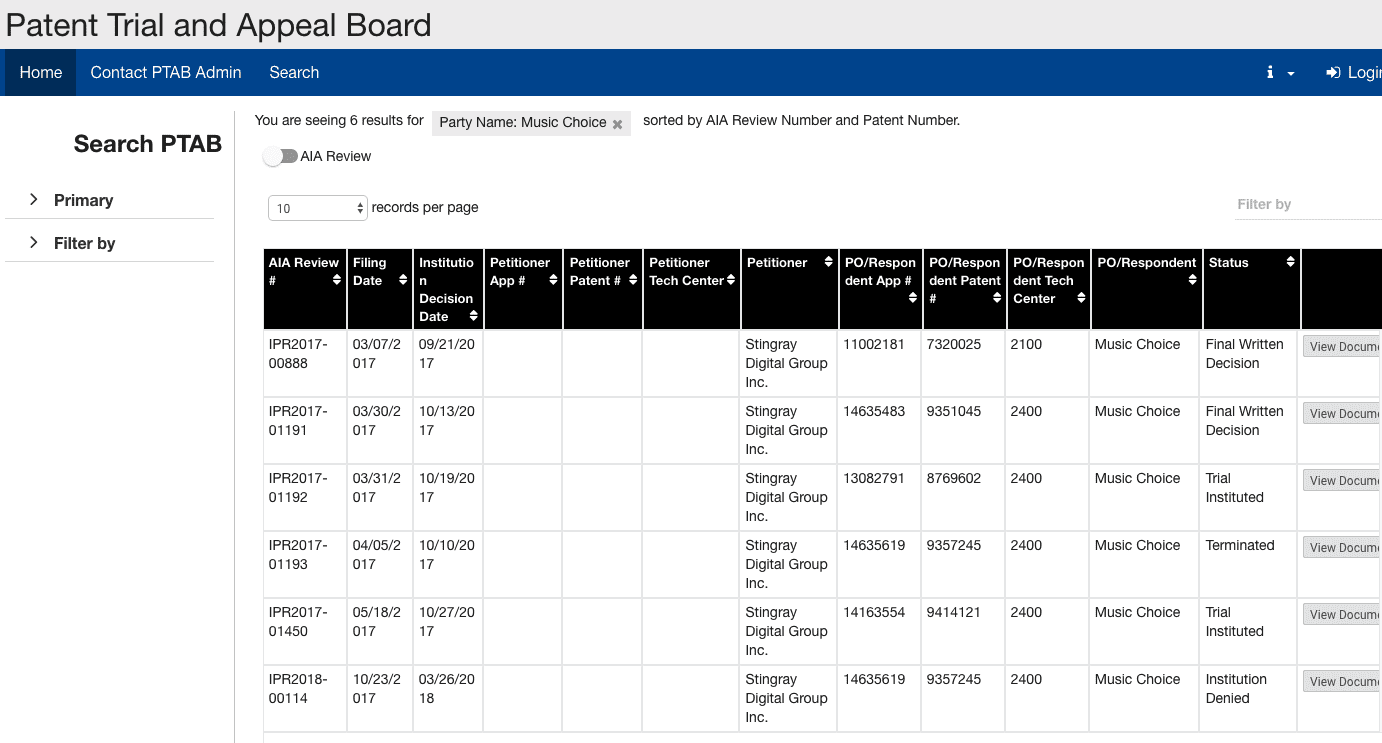 Music Choice vs Stingray is a case taking place in the E.D. of Texas.  We will discuss in the article, the judge’s order (Judge Roy Payne) and memorandum regarding all the claims terms and its construction. As expected, the judge went for:

As in many cases, this was also the case as well, here the order/memorandum available online:

As shown, in all cases where Music Choice made a simple term definition, Judge Payne went for the simplest and more appropriate meaning to the words. Music Choice won pretty much all terms in their favor and in all “indefinite” arguments did not move an inch in favor of Stingray. Hence the judge also sided with Music Choice’s arguments and claim construction. For instance:

All the evidence is sealed and there is no way to see exactly how these terms match the device in dispute, however, Music Choice’s attorneys should be prepared and if those terms were favorable to them, now one can asume that their evidence to match these terms is solid.

We will keep track on this case and how this develops, on a different note, Music Choice also got hit by Stingray with several IPRs:

Music Choice then has to defend the following IPR cases filed by Stingray Digital regarding this particular case:

Disclosure: EGLA, which I own, provided a platform for DMX for digital music distribution. Stingray acquired DMX Music but not our technology and kept its own music delivery system, the infringing system now. However, EGLA owns a patented technology that is called “CLOUD to CABLE TV“ that enables delivery of linear music channels to Cable TV subscribers in a more clever, fault-tolerant, and efficient way than these patents disputed here. Source: http://edwinhernandez.com/2016/08/01/platform-nternet-tv-music/

Patent for the Cloud to Cable TV – WIPO Format

EGLA CORP has a patented technology, superior to all the patented technologies out there, that brings the Cloud -based systems and generated images for music and TV channels that can be overlapped.  The Cloud to Cable TV system provides:

The device is called MediaPlug and also contains other Management APIs, as well as a good implementation tested with:

Advantages over all other systems

There is no dependency into any Set Top Box or DOCSIS 2.0, DOCSIS 3.0, or other MPEG frames or dependencies in changes to STB.

All the systems, are fault-tolerant and enable great reliability and remote management system for all distribution devices

Many more advantages that are benefit DRM security, provisioning, and tracking for media playback.

[spiderpowa-pdf src=”http://edwinhernandez.com/wp-content/uploads/2017/07/WO2016106360.pdf”]WO2016106360, however the right set of sighted is attached and is corrected in the US/Europe and other applications.
Cloud to Cable TV White paper [spiderpowa-pdf src=”http://edwinhernandez.com/wp-content/uploads/2017/07/cloudtocable_whitepaperl.pdf”]cloudtocable_whitepaperl
Share
0