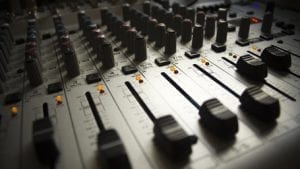 I will start quoting, MultiChannel article that describes the genesis of this dispute..

It was very interesting that in 2017, Stingray made a $120M offer to Music Choice, that was, rejected, not publicly, simply ignored. The offer was sweet basically no strings attached, and likely this case in dispute completely dismissed.

As  consequence of this lawsuit, multiple other litigation steps have followed this case: IPR,  Counter Claims, Daubert challenges, and much more. I have been tracking this case I have a portfolio in the same are as “Music Choice” & “Stingray Digital”

Now all my observations resulted accurate, and in other words, the analysis of this cases that I made in 2017 is now a reality.

Several rulings have gone unfavorable to Stingray Digital, which includes adoption of the Magistrate judge opinions followed by  an order denying the Daubert challenge made to Dr. Keith Ugone. What this means is that Mr. Ugone’s damages report is safe and sound, in other words the damages expert, Dr. Ugon representing Music Choice,  will be able to tell the jury his story about this case.

Clearly, this was a big reverse to Stingray ,specially when Dr. Ugone has testified that a “non-infringing alternative” presented by Stingray was not suitable and hence, the damages model was at least $23M from the numbers released in a court ruling.

Dr. Ugone’s testified that in absence of a non-infringement alternative, loss profits need to be used to compute damages, instead of a reasonable royalty. Assuming $23M in loss profits, that means revenues could have been $75M. If, an expert applies a royalty of 10% that’s $7M and 1%, 700k in reasonable royalties.  Potentially saving $23M in loss profits, or even higher at $75M for treble damages, if the judge considers necessary to punish Stingray.

As you know, already, I completely disagree as my patents when in use in Cable TV systems are a non-infringing alternative to Music Choice’s.

On second adverse ruling, Judge Payne has provided to Judge Gilstrap its report and recommendations regarding the Alice challenge that Stingray has made against Music Choice, Inc patents. The adverse ruling indicates that as a matter of law, Alice Step One, fails and there is no need to conduct any further steps,

The Court concludes that each of the remaining asserted claims are not directed to an abstract idea at Alice Step One. Because the Court resolves the Alice inquiry at Step One, the Court need not proceed to Alice Step Two. Thus, the Court recommends that Music Choice’s cross-motion be GRANTED and that Stingray’s motion for judgment on the pleadings be DENIED.

As jury selection is due December 9th, 2019, clearly Stingray has a low chance of surviving a trial, and in my opinion, Stingray has increase its chances to be found guilty of infringement and pay a hefty amount, likely a multi-million dollar judgment and a potential injunction relief favorable to stingray.

Either way, this is not good to be in this position for Stingray. 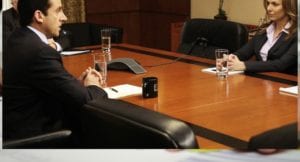 Stingray could take a license to my portfolio and present it to Music Choice and the court, and avoid all infringement claims.

Besides that, Stingray Digital made an offer for $120M to purchase Music Choice, and Music Choice rejected the offer, risked a trial and now their position has been getting more solid day after day.  I would assume that it will have to make an offer around that to settle? That means that Stingray’s revenues in the US, which totals $9M per Quarter or $36M/year are now at risk.

The current damages report shows a $23M loss profits made by Music Choice as of this date, however a full report is only REDACTED and unavailable to the public.

Licensing of My Patent Portfolio

There are several ways to find out about my portfolio of patents and software implementation, you can contact me via email to sales@eglacorp.com or call me.   My innovations are covered by US Patents 10,123,074 and 10,524,002 and other continuation patents, including European Patent filings, plus the technology and software platform: